The Museum Invertebrates collection holds approximately 35,000 catalogued lots of roughly 140,000 specimens, representing all groups of invertebrates except arthropods, mollusks and nematodes. Therefore, the collections have particular taxonomic significance because of the diversity of groups they include, as varied as sponges, jellyfish, corals, the group commonly known as “worms” (planarias and akin organisms, earthworms, marine worms and bloodsuckers, among others), sea urchins and starfish, bryozoan, brachiopods and unicellular animals, to mention but the most well-known. 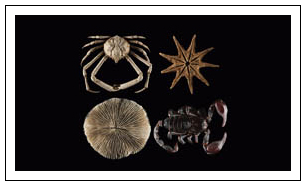 The origin of the Invertebrates collection stretches back to the foundation of the Royal Cabinet of Natural History, from which the Museum itself originated. Established in 1771, the Royal Cabinet was in turn an extension of Pedro Franco Davila’s Bureau, and included a large number of invertebrates, especially corals and sponges (formerly known as “Poliparios”) and echinoderms. By 1987, after having been reorganized several times, the Museum had already overcome the long, barren period that followed the Civil War. Collections grew in size and importance, and there was a need for more changes. In early 2001, the Invertebrates collection was separated from the Mollusks collection and, in 2013, from the Non-Insects Arthropods collections - thus becoming the collection that it is today.

Over this period of ca. 250 years, our holdings have been increasing in size and diversity through regular donations, expeditions, and scientific campaigns, and the collections are now particularly strong in valuable specimens of taxonomic significance and of wide geographical range. One of its highlights in this regard is that there are over 2,700 type specimens available for study, which have been key for the description of new species. This wouldn’t have been possible without the support of the various – national and international - research groups that decided to invest their time and effort in the Museum. 350 of this type specimens are holotypes.

The Invertebrates collection now houses specimens in 27 phyla. Some of the highlights include Porifera (sponges), with more than 1,200 ditigised registries; over 1,800 cataloged specimens of Cnidaria (Hydrozoans, jellyfish and corals); over 17,000 Annelids (particularly the polychaeta or marine worms, with roughly 170 holotypes); approximately 1,800 cataloged Echinoderms (starfish, sea urchins, sea cucumbers, crinoids and ophiuroids or brittle stars), and more than 4,000 specimens in Bryozoan. Amongst less widely known groups, visitors may find specimens of Tardigrada - of which there is a notable collection, which was the result of a Ph.D. thesis (over 3,780 prepared microscope slides) -, and a good representation of Phoronids, which augmented in 2007  via a donation made by one of the world-leading authorities on the subject, and now includes over 2,590 preparations.

One of the strengths of our holdings lie in the historic material of the collection. Highlights of this material are the specimens of the Royal Cabinet, from Franco Dávila’s Bureau - which houses over 300 specimens, mainly corals and echinoderms -, and from Antonio Parra’s Bureau. Written by Miguel Villena, Javier Sánchez Almazán, Jesús Muñoz and Francisco Yagüe, the book El Gabinete Perdido. Pedro Franco Dávila y la Historia Natural del Siglo de las Luces (Publicaciones CSIC 2009) (The Lost Cabinet. Pedro Franco Dávila and the Natural History of the Age of Enlightenment), gives an account of the research conducted by these scientists, who managed to trace 20 museum pieces from the Dávila Bureau and another 20 pieces from de Parra Bureau. 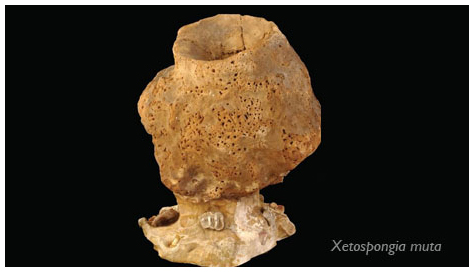 These are some of the most notable expeditions that have contributed to the growth of the Invertebrates collection:

The Malaspina Expedition (1789-1794);
The Flora and Fauna Commission of the Philippines of Domingo Sánchez y Sánchez;
The Scientific Commission of the Pacific (1862-1865) with Francisco Martínez y Sáez;
The voyage of the Frigate La Blanca (1886) with Odón de Buen;

and the more recent and successive campaigns of the Iberian Fauna Project (1989 -1996), as well as the Antarctic Campaigns.

The Iberian Fauna Project deserves especial attention because, through its 4 different campaigns, the collection was greatly augmented. Ongoing additions in the last two decades have included specimens of all the groups, most notably of sponges, cnidarians, polychaetes, echinoderms and bryozoan. Other less known groups which have also grown thanks to the contributions of the campaigns are Chaetognatha, Gnathostomulids and Sipuncula. 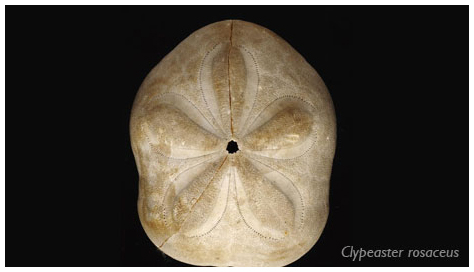 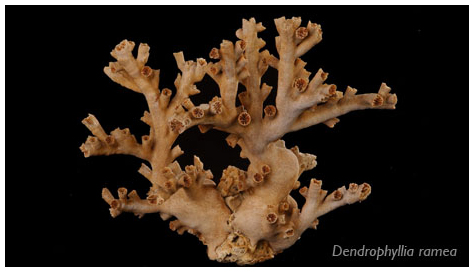