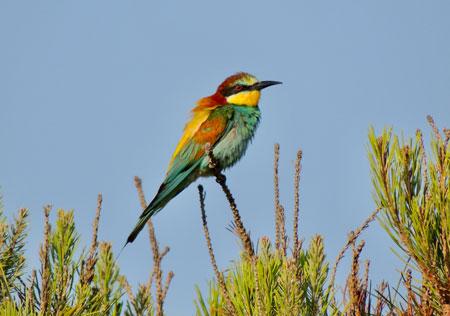 The research study Biomagnifcation and body distribution of ivermectin in dung beetles carried out by a multidisciplinary research group led by José R. Verdú, Professor of Zoology at the University of Alicante Institute for Biodiversity Research (CIBIO) confirms that ivermectin, the most widely used antiparasitic in livestock, bioaccumulates in insect tissues. This bioaccumulation has more negative effects than previously thought. According to research published in Scientific Reports, the molecule rapidly bioaccumulates in insects, especially in the fatty body, increasing its toxicity and getting into the food chain.

Ivermectin, considered as an essential drug by the World Health Organization (WHO), is a very effective antiparasitic, which began to be used preventively in livestock. Since its discovery in 1981, its use has grown exponentially to become a standard treatment against parasites, even in humans. Scientists had already demonstrated in previous studies the high toxicity of Ivermectin. This molecule is six times more toxic than Moxidectin for the insects responsible for recycling organic matter —the dung beetles— and this toxicity, which affects their locomotive and sensory capacity, enters the food chain, as explained by Jorge Lobo, a researcher at the MNCN.

Since toxicity would reach insectivorous vertebrates, additional effort should be put in the development of standardised regulatory recommendations to guide biomagnification studies

The study has shown how Ivermectin is rapidly transferred from the intestine to the internal circulation fluid of invertebrates —haemolymph— and generates a biomagnification factor three times higher in haemolymph than in the intestine after a 12-day absorption period. These highly toxic levels are transferred to other animals such as bee-eaters, black kites, genets, Egyptian mongooses or foxes, which feed on these insects. Biomagnification occurs when successive propagation of this toxicity bioaccumulates in the living organisms that make up the links in the food chain, and therefore, in the human being, as UA researcher José R. Verdú stated. Results highlight that the biomagnification of Ivermectin should be investigated from a global perspective of the manure-based food web and that the use of these anti-parasite substances should be monitored and controlled with caution.

According to Verdú, this study is especially relevant because one of the most important factors for the European Medicines Agency (EMA) when regulating and banning a compound is based precisely on their potential bioaccumulation in the body.

Researchers suggest that, in view of the results obtained, additional effort should be made to develop standardised regulatory recommendations to guide biomagnification studies in terrestrial organisms. They also point out that existing methods for assessing the effects of such veterinary medical products need to be adapted.